How to work with a storyboarder to create compelling work 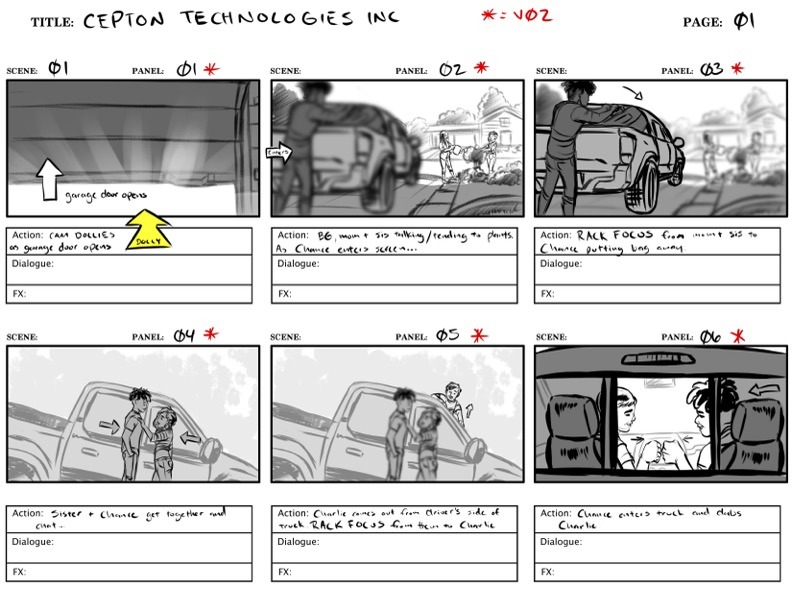 Think of a storyboard as a visual script.

It tells the story by being compelling, establishing different tones and emotions, and incorporating all relevant details of the story and video. By envisioning different shots, angles, and camera movements for a particular scene, storyboarders will figure out which ones compel the audience more. The storyboarders are the translators of the script into a visual representation so that other members of the team understand and are on the same page about the video. Having a storyboard makes creating a shot list much easier, as well as instills confidence and clarity about the visuals to the production team. When you hire a production company to create a video, you want to know exactly what you are getting.

A storyboarder is an essential part of the pre-production process.

A storyboarder helps all stakeholders feel confident they are getting what we sold them on. When first approaching the storyboard, picture a powerful establishing shot, something that will grab the viewer’s attention. Then, think about how you want your character’s first appearance to look like and what emotion you want the viewer to feel. In an advertisement, when time is limited, every second of every shot matters. Each new scene or moment should move the story along quicker than a tv show or movie, while keeping the viewer engaged. However, there is no need to storyboard every second as if it’s a comic book you’re reading. Focus on key moments within a scene and transitions between different scenes. The storyboard should inform as much as possible while also reflecting the tempo of the intended video.

Be sure to also discuss and have included any potential text overlays or FX so the director is clear on what you are envisioning. It can be helpful to give creative reigns to the storyboarder for scenes you are not sure of.

Below is an example of our storyboard for Cepton’s brand video: